Getting Started with Astral Projection 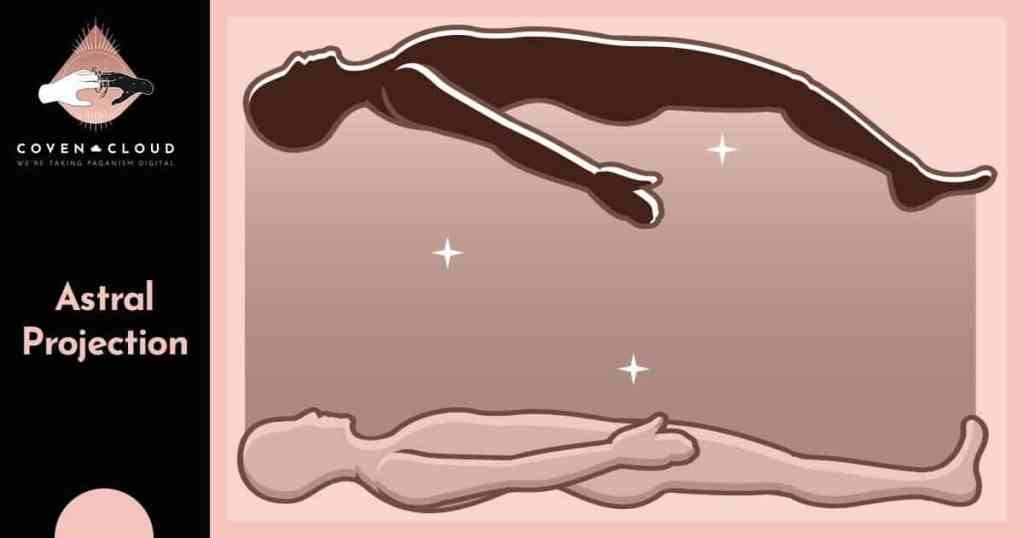 Astral Projection has been a constantly visited topic in different forms of media, mainly because its premise presents a fascinating concept.

As fascinating as it is, a lot of people tend to dismiss Astral Projection as a fictional concept. Despite this, there are still many groups who believe in Astral Projection— some even to the point of regularly practicing it.

Before we dive deeper into the Astral Projection process, first, we must understand what it is at its core.

What is Astral Projection?

Simply put, Astral Projection is the ability to separate your spirit or “astral body” from your physical body. This skill allows you to explore the “astral realm” or “astral plane”.

There are many different opinions regarding this astral plane. Some people claim that this plane IS the real world, while others claim that it is an infinite world that exists only in our minds. Another group says that it’s a shared reality outside of our own world, with some adding that it’s a realm that souls go to before experiencing eternal rest.

The latter explanation may come from the many claims of patients experiencing out-of-body experience (OBE) when going through a near-death encounter.

While Astral Projection is an OBE, it differs from ones felt by near-death patients due to the fact that it is actively induced by the person who wants to experience the OBE.

Some people tend to interchange the terms Lucid Dreaming and Astral Projection due to the ability to see, hear, feel, and experience sensations and scenarios as though they are actually happening in real life, but these two concepts are actually very different from each other.

For instance, Lucid Dreaming occurs in a sleeping state, while Astral Projection occurs while the body is awake but in a meditative state.

Lucid Dreaming is a sort of “directed” dream where your awareness of the dream state allows you to have control over the course of the dream. While there is some semblance of control, however, the dream is still open to suggestions of your subconscious mind.

After all, you’re still asleep.

Astral Projections, on the other hand, differ from person to person, but it can be said that they are more of an exploratory experience, where your astral body leaves your physical body in order to travel to specific areas free of constraints.

From a scientific standpoint, it is safe to say that the experiences “feel real” to the person experiencing them. According to cognitive research, particularly focusing on OBEs, there are parts of the brain that are stimulated during astral projections.

Scientific evidence that supports the possibility of a detached consciousness, mind, or soul is yet to be found, however— but this doesn’t stop personal stories of OBEs from perpetuating.

Why do people want to learn Astral Projection?

There are many reasons why people tend to seek wisdom regarding the Astral Projection process— in fact; the reasons might as well be as infinite as the universes are within ourselves.

What are the dangers of Astral Projection?

Even though science is slowly uncovering the secrets behind Astral Projection, it’s still considered risky to try out, especially without reading up about it first.

Cognitive researchers and scientists warn of possibly harming oneself if done under the influence of drugs or alcohol, so make sure you’re in a safe environment and that you are in a good mental and emotional state before trying it out for the first time.

As with Lucid Dreaming, deaths cannot occur within a session of Astral Projection. Things may get scary, however, but it’s easier to control than Lucid Dreaming since Lucid Dreaming also enables the subconscious mind to chip in.

Some people also claim to end up “stuck” outside their physical bodies, but as with dreams, there is always a way out of Astral Projections, which will be covered in a later section.

What steps need to be taken to begin experiencing Astral Projection?

The usual steps to a successful projection may sound simple, but they require a lot of patience and practice. It’s alright not to get it at the first try. Just a tip: some guided videos online might be able to help push you to the ideal meditative state to perform an Astral Projection.

How do you know if you are already Astral Projecting?

If you didn’t see your physical body separating from your astral body, you’ll end up wondering if your astral projection was a success.

Some people hear a soft popping or humming sound, while others experience floating and seeing multiple colored lights. These, too, are signs that the astral projection process was a success.

How do you return to your body?

Many of those who regularly practice Astral Projection will say that, like a bungee cord, your astral body is strongly connected to your physical body via a silver cord. Similar to bungee jumping or any sport in need of midair suspension, there is a signal or a “tug” you have to send in order for you to be reeled back in.

To go back, simply think about your physical body and decide to return. Try counting from one to ten with each breath while slowly but surely moving each part of your body.

What other best practices are recommended when it comes to Astral Projection?

Apart from leaving your physical body in a safe environment and practicing Astral Projection in a good emotional and mental state, you should also make sure that you take note of your experiences after every trial. After all, Astral Projection isn’t exactly a well-documented experience, nor is any thorough documentation of it something you can prove unless you try it for yourself. It is, after all, an experience that varies from person to person. Your own Astral Projection experience might have its very particular pros and cons, causes and effects.

This is why it is very important to keep a journal of your experiences.

Astral Projection in Film and Books

Beyond Dreaming – An In-Depth Guide on How to Astral Project & Have Out of Body Experiences: How The Awakening of Consciousness is Synonymous with Lucid Dreaming & Astral Projection, by Gene Hart (2021)

The Path: Beyond the Physical 2013 (Documentary)

If you have tried Astral Projection, seen the films, or read the books, let us know.