When Pluto is Retrograde in Capricorn, Be Careful of Your Finger-Pointing 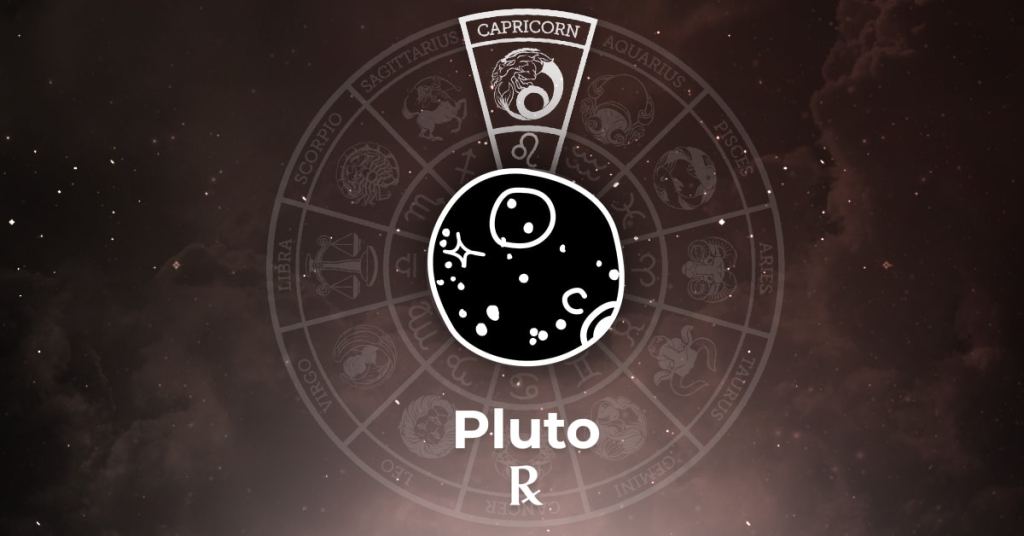 When you need to call someone out, who are you most likely to call? Probably not the most appropriate person, right? If you’re looking for someone to blame and can’t find the real culprit, pluto will probably lead you to point the finger at someone who isn’t guilty. This happens because Pluto doesn’t want you to see your own part in the situation, so it pushes you to misdirect your anger at someone else. This can be extremely harmful—both physically and emotionally—so it’s important to be aware of this tendency and work through it when necessary.

What is Pluto Retrograde?

Pluto is the planet of death and rebirth, and when it goes retrograde, we are forced to confront the things we’ve been trying to avoid. This can be a difficult and painful process, but it’s also an opportunity for growth. During this time, pluto will be in Capricorn, which means we’ll be dealing with issues around money and power. If you find yourself feeling resentful or critical of those who have more than you, take a step back and examine your own relationship with money. What are you afraid of? What do you need to let go of? These are the questions pluto retrograde in Capricorn will be asking us.

As Pluto retrogrades through Capricorn, we may find ourselves projecting our own insecurities onto others. We may also find that we are more critical than usual of those around us. It’s important to be aware of these tendencies and to try to stay balanced. Otherwise, we may find ourselves causing needless conflict.

On a more positive note, Pluto retrograde can also be a time of healing. If we are able to let go of our grudges and forgive those who have wronged us, we can open up space for new relationships and opportunities.

As Pluto is the planet of rebirth and transformation, and retrogrades are a time for slowing down and reflecting, Pluto retrograde transits serve as a time to take stock of your life and let go of what no longer serves you.

Because Pluto is a generational planet, which means it’s farther away from Earth than other planets and has a big impact on many people instead of just a few, this planet’s retrograde is likely to have a collective impact rather than an individual one, meaning many people are likely to experience its energy in a similar way.

Capricorn Features in this Pluto Retrograde

Pluto has been in Capricorn since 2008, so we’ve discussed all of the related themes: business, structure, patriarchal constructs, karma, and stability.

April 29 through October 8th, Pluto will turn retrograde in Capricorn. This means that the planet’s impulse will be to conceal rather than reveal. Additionally, projection will be one of Pluto’s favorite defense mechanisms during this time. So if you find yourself pointing the finger at someone else, it’s likely that Pluto is at play.

What is Projection? How to Stop Finger Pointing

We use projection as a defense mechanism to avoid feeling vulnerable and emotionally exposed. We blame others for our own faults because it feels better than admitting we might be at fault. When we don’t have any facts on which to base our accusations, we can project onto someone without even being aware that’s what we’re doing. And when we think about it afterward? We typically rationalize our actions away by saying things like He really did seem suspicious, or I knew something was off about her.

The most important thing to remember is that you can break free from feelings of insecurity.

As we all know, Pluto is the planet of rebirth and transformation. During its retrograde, we are meant to slow down and reflect on our lives. This is especially important when it comes to our relationships with others. We may be tempted to point the finger at someone else when things go wrong, but it’s important to take a step back and look at ourselves first. After all, we are the only ones who can truly change our lives for the better.

Financial Planning While Pluto is in Capricorn

It’s no secret that when Pluto is in Capricorn, there can be a lot of financial disparity. This is because Pluto is the planet of rebirth and transformation, and retrogrades are a time to slow down and reflect. As a result, you may find yourself more impulse to conceal things and use projection as a defense mechanism. So be careful of your finger-pointing during this time! Instead, take some time to reconcile your finances and make sure you’re on solid footing before moving forward.

Here are three tips to thrive during Pluto retrograde in Capricorn, according to an astrologer.

“The Capricorn energy is in search of true independence and the freedom to do whatever they want based on what they’ve earned,” says Pleasant. Hence, this Pluto retrograde is causing people to question:

Whatever your answers are, you can’t go wrong if you’re honest with yourself. Just make sure that your actions match your answers.

#2 Be Honest About What You Want to Change

As with any zodiac sign, every sign has its shadow side, which are the traits that may manifest in not-so-great ways. During Pluto’s retrograde in Capricorn, Pleasant counsels people to explore their shadow sides, which they can do by revisiting any hard conversations that have gone unresolved or by making changes they have been considering.

#3 Revisit Your Definition of Success

As all people are different, success can look quite different to different people. For some, it might look like being a megastar and traveling the world. For others, success means providing for their families. Ultimately, that’s all that matters. Pluto is retrograde in Capricorn this week, so being honest about exactly what success means to you is important.

How have the past few months of Pluto in retrograde in Capricorn impacted your relationships and finances?

Get a Financial Life: Personal Finance in Your Twenties and Thirties

Neuro-Habits: Rewire Your Brain to Stop Self-Defeating Behaviors and Make the Right Choice Every Time

The Enneagram Guide to Waking Up: Find Your Path, Face Your Shadow, Discover Your True Self