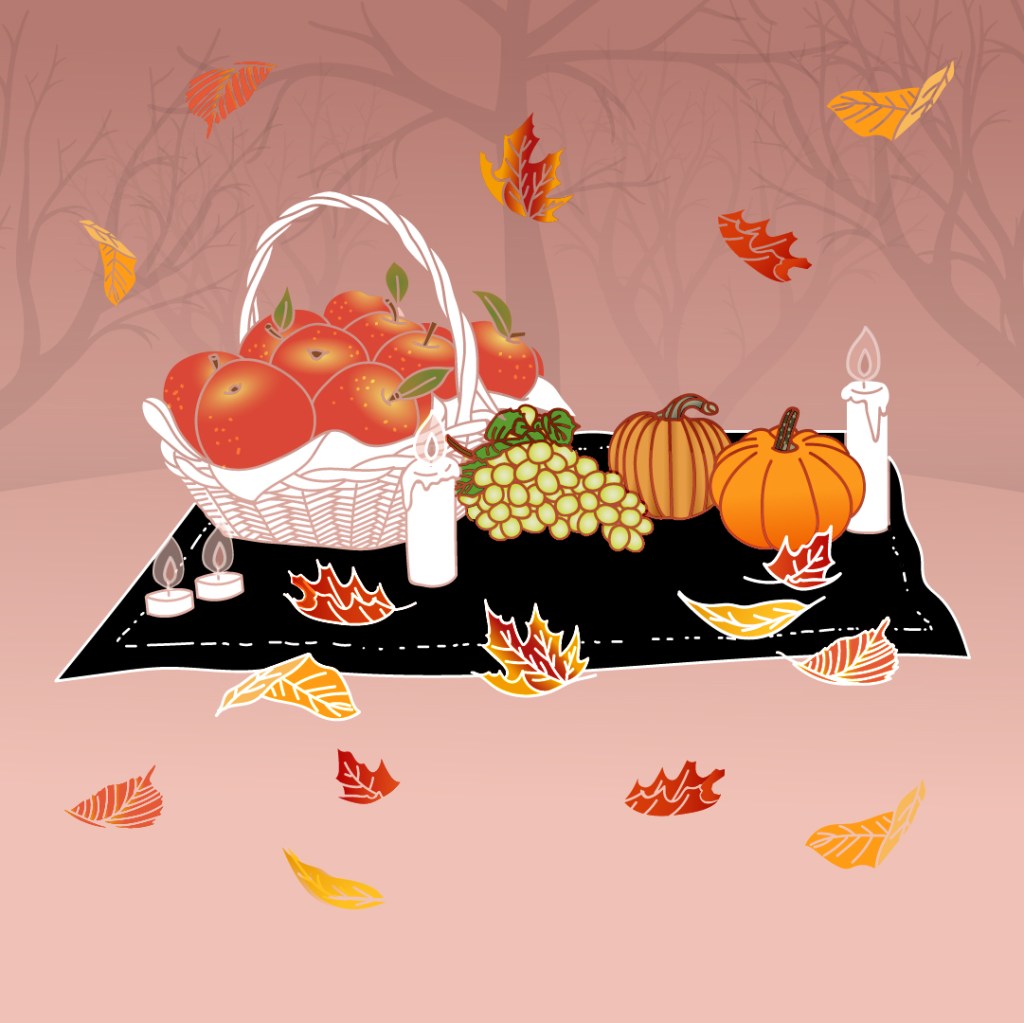 Today marks the fall equinox, or Mabon, in the Northern Hemisphere. The equinox is the time of year when day and night are of equal length, heralding fall’s transition into winter. The name Mabon comes from Welsh mythology, and it signifies one of four annual harvest festivals celebrated by ancient Celtic peoples across Europe and the British Isles (the other three are Beltane, Lughnasadh and Samhain). Here’s everything you need to know about this autumn celebration rooted in Celtic tradition.

1) What is Mabon historically?
The Autumn Equinox occurs on or around September 21, which is halfway between the Summer Solstice and Winter Solstice. Celebrated by Celtic pagans to celebrate balance in all things, Mabon acknowledges balance between night and day, death and rebirth. The pagan feast of Mabon celebrates harvest time, not only of grains but also of ideas. You are encouraged to share your knowledge with others during a special sabbat ritual held today.

Many societies have celebrated a harvest festival around the equinox. In the 1700s, the Bavarians (part of present-day Germany) began celebrating with a festival that starts in the last week of September. They called this festival Oktoberfest. The festival had lots of feasting and celebrating. Oktoberfest is still celebrated in Bavaria today.

Many cultures view the second harvest (after the first harvest often known as Lammas) and equinox as a time for giving thanks. This is a time of year, in the northern hemisphere, when farmers know how well their summer crops did, and how well fed their animals have become. This season determines whether farmers and their families will have enough food for the winter. Thus people used to give thanks around this time, thanks for their crops, and animals, and food. The original American holiday of Thanksgiving was celebrated on October 3, which makes more sense with harvest times. By the end of November, theres not that much left to harvest.

The name Mabon comes from the Welsh God, who was the son of the Earth Mother Goddess. However, there is evidence that this name was adopted in the 1970s, and that Mabon was not originally a Celtic celebration.

A common theme when exploring pagan history is the destruction of texts during Christianity’s spread. So finding the “truth” from this time period can be a difficult task. Regardless, Mabon is a time to give thanks, and celebrate that which mother earth has provided to us.

2) Why do some pagans and witches celebrate Mabon?
At some point, someone discovered that September 21st (the fall equinox) was also exactly halfway between two important festivals: springs Ostara and falls Samhain. It made sense to combine them. When you really think about it, most people enjoy having an excuse to party twice a yearonce in spring, once in fall. There are no hard and fast rules for when Mabon will land each year; on average, though, it falls around September 21st. As with any holiday on a fixed date on the calendarlike Christmas or Easterit can get moved by one day every four years or so.

Many pagans and witches follow the wheel of the year which celebrates the seasons of life.

3.) What does Mabon mean?
Most Pagan traditions celebrate both an equinox and a solstice, with various names. Samhain, for example, is considered to be both an autumnal equinox and a Halloween. This makes sense, as it celebrates our transition from summer to winter. The midpoint between summer and wintermid-autumnis known as Mabon. It’s also commonly referred to as Autumn Equinox or Harvest Moon.

4.) How can you celebrate?
Mabon, also known as Autumnal Equinox, is a time to celebrate nature. Now that summer has passed and winter has not yet arrived, plants are experiencing growth spurts after being dormant all summer. This can be symbolic of us taking steps to grow in our own lives. It’s an excellent time to begin working on your goals for self-improvement while enjoying nature’s abundance. And don’t worry about getting out into nature; you can reflect on what you love most about where you live, even if it’s just your yard or neighborhood park! Whether its observing nature or enjoying its bounty through fresh fruits and vegetables at local farmers’ markets, autumn provides plenty of opportunities for joyous living.

To celebrate this holiday, pagans might pick apples. Apples are a common symbol of the second harvest. They may use the apples in an apple harvest ritual that thanks to the gods for the bountiful harvest. Others might perform a ritual to restore balance and harmony to their lives, as this holiday celebrates a day with equal light and day. Another common ritual is to set up an altar with symbols of the season, such as apples, grapes, and other seasonal harvests. Any sabbat would not be complete without a feast for family and friends.

Learn more with a book about Mabon: