The True Origins of Halloween: Who Started It and Where Did It Come From? 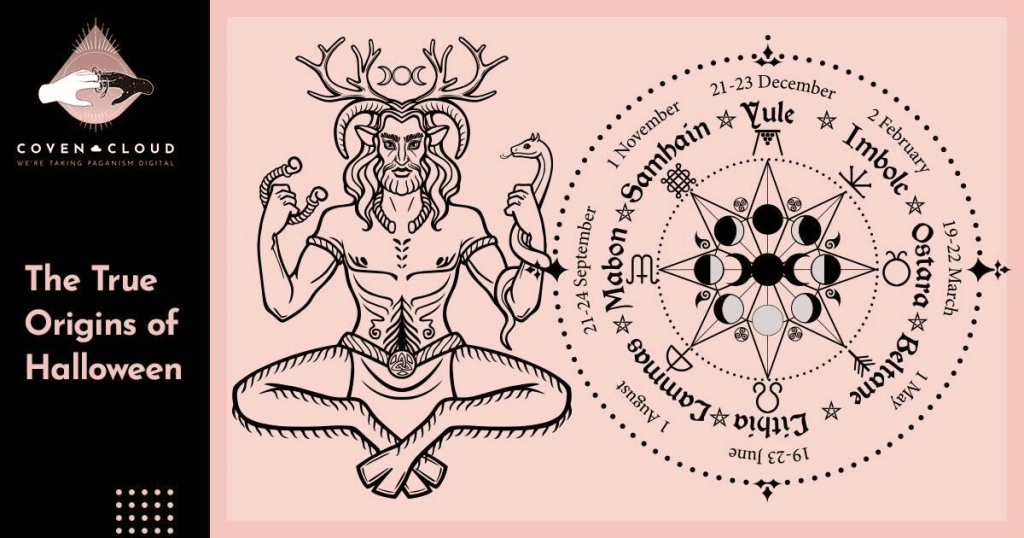 Who started Halloween? The history of Halloween begins with the ancient Celtic festival of Samhain, which marked the end of the harvest season in pagan Ireland and Britain. It was celebrated from sunset on October 31st to sunset on November 1st. Samhain, or the Gaelic word Samhuinn, is pronounced SAH-win or säwə̇n. In Manx, it is Sauin. This signals a seasonal change and summer’s end. In Welsh, this day is Calan Gaeaf, the first winter day. The Bretons of Brittany, France, refer to this day as Kala-Goañv, which is the beginning of November.

The Celts lived over 2,000 years ago in what is now Ireland, the United Kingdom, and northern France. They celebrated their new year on November 1st. Samhain marked the end of summer and the beginning of winter, a time when the weather was cold and dark. All of the crops would have been gathered and stored away for the cold winter ahead. They would have gathered their livestock from the fields and selected it for slaughter or breeding. They celebrated by building huge bonfires and burning crops and animals as sacrifices to their gods. They also wore costumes made of animal skins and told stories about ghosts.

Samhain was one of four major fire festivals for the Celts. It was celebrated on October 31st, and throughout the day that followed. Fires were lit and then extinguished and re-lit by druids. This symbolized letting go of the old year and starting the new year. This celebration was also a day of the dead when the spirits of the departed would visit. It was also believed that some evil spirits were roaming during this time. Halloween originated from the Celts’ end-of-harvest festival, celebrated on the first day of the 11th month. This is the month known as November in English and as Samhain in Irish. The Celts believed that the days began with darkness and ended with light; each day began at sunset. Winter is the season of long, dark nights and shorter days. Samhain is the beginning of winter, and this was seen as the beginning of the year.

While both Halloween and the Day of the Dead occur at approximately the same time of year, they are different celebrations. Halloween happens on the last day of October. El Día de Los Muertos is on Nov. 2nd, and it is typically celebrated during the first two days of November. The first day enables the spirits of the departed children to come back to their families. The similarity in these dates can be attributed to ancient Catholic traditions that were mixed with indigenous practices. Day of the Dead celebrations dates back more than 3,000 years to the Aztecs, Toltecs, and other cultures in Mesoamerica. Families would often offer food and aid to the departed to help them on their afterlife journeys. For example, souls of the dead were said to go to Mictlan, which later became known as the land of the dead when Christians conquered the New World. This story was inspired by the Spaniards who converted to Catholicism and brought their religious holidays to the Americas. Modern Día de Los Muertos customs such as decorating tombs, praying in cemeteries, and making altars are aspects of both traditions. Christianity also descended upon the Celtic traditions of Samhain and molded them into a Christian practice as it spread throughout Europe.

On the surface, Halloween and El Dia de Los Muertos both seem spooky and include decorations like skeletons, skulls, and graveyards. It seems that modern celebrations of Halloween poke fun at what scares us: darkness, death, witches, and ghosts. In recent years, dressing up in costumes, decorating houses, and trick-or-treating has become the main events. Halloween uses our fears and fear of death to deliver a thrill; however, it is not typically seen as a day for reflection or connecting to those who have passed. While the Day of the Dead is explicitly about the afterlife, it also commemorates loved ones who have passed. Skulls and skeletons might make it seem like it is a serious or sad time, but it is actually a joyous celebration of life shared with loved ones that have passed on.

Samhain in Ireland eventually gave way to All Saint’s Day, which acted as a gentle conversion of pagan culture into a more palatable Christian tradition. Pope Boniface IV, seeking to steer his flock away from pagan celebrations and rituals, decided to declare May 13th All Saint’s Day. It was later changed to Nov. 1st with Pope Gregory III. All Saint’s Day is also known as All Hallows’ Day. As a word, Halloween developed from the evening before, which became known as All Hallows’ Eve. It was a religious event in honor of, and remembrance of, the dead. Many Wiccans, pagans, and witches still celebrate Samhain. They may have bonfires, dancing, and feasts which are typical of this holiday. Some may eat dinner in silence to commemorate their ancestors or create a sacred space to honor them.

October is entirely focused on the celebration of Halloween in the United States. Over the years, Halloween has evolved into what it is today. Grocery stores are stocked with candy, tricks, and other treats. Jack-o’-lanterns are on display in yards and on porches, and many people will spend hours trying to perfect a scary (or silly) costume to wear on Halloween night. Kids look forward to having an excuse to prank their friends and teachers. Some schools give out candy, and children share it with their classmates. Trick-or-treating on Halloween is an American tradition. Usually, in a group, young children will go from house to house dressed up in various costumes. At each house, they’ll recite a small rhyme (usually one that makes no sense) and receive candy in return. Some people do not celebrate Halloween, and others claim not to be interested in it. The holiday is celebrated worldwide, with different variations based on culture, country, and local traditions.

The practice of carving pumpkins into jack-o’-lanterns dates back to the 19th century. The tradition is thought to have originated with Irish immigrants who came to America in the 1800s. They brought with them the story of a man named Jack, who was cursed by the Devil and forced to roam the earth without a resting place. So, to ward off evil spirits, they carved faces into turnips and placed them outside their homes. When they arrived in America, they found that pumpkins were much more plentiful than turnips, so they began using them instead.

How do you celebrate Samhain or Halloween? Do you observe both? We’d love to hear from you!