Trick or Treating: How It Became a Halloween Tradition 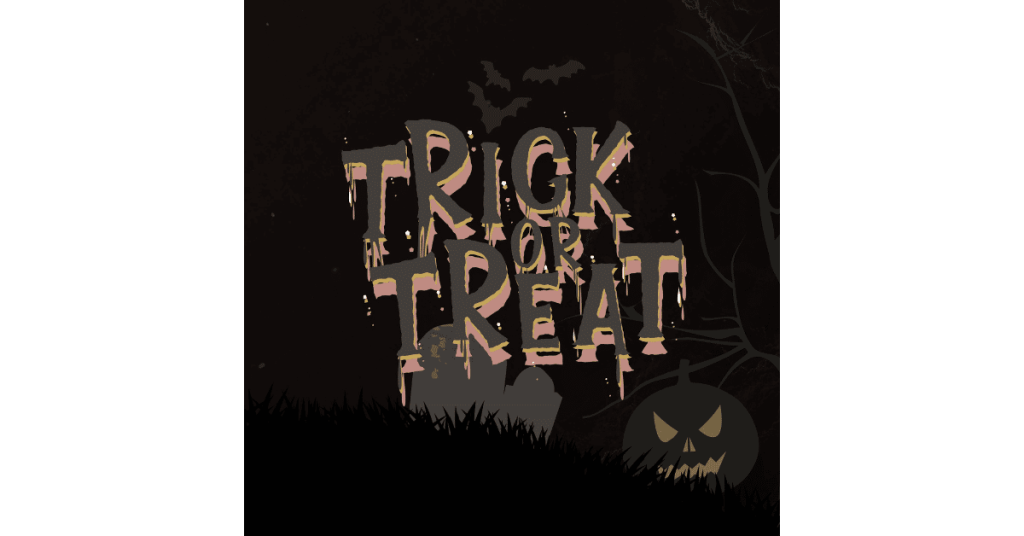 When did trick or treating start? Why do children dress in costumes and knock on strangers’ doors to ask for treats on Halloween? The practice can be traced to the ancient Celts, early Roman Catholics, and 17th-century British politics. It has since spread to the United States and countries around the world. Later versions of this tradition involved going door-to-door, asking for treats rather than simply playing pranks on homes.

Over two thousand years ago, people of the Celts, a region in modern-day Ireland, the United Kingdom, and France, were celebrating what they believed to be a once-in-a-lifetime holiday called Samhain. The evening started by assembling to light bonfires, offering sacrifices, and paying homage to the deceased.

At some Celtic Samhain celebrations, the villagers wore animal skin costumes to drive away ghostly visitors. They also left food out on tables to appease any unwelcome spirits.

A tradition of dressing as ghosts, demons, and other malevolent creatures in exchange for food and drink, known as mumming, dates to the Middle Ages and is considered an antecedent to trick-or-treating.

The earliest known mention of guising – going door to door in costume – dates back to the 16th century. At that time, guising was more common in Scotland and Ireland. But it wasn’t just kids who went door to door; adults would don their best costumes and go from house to house, too. Guisers would sing, dance, and tell jokes in exchange for food or drink.

The church designated November 2 as All Souls’ Day in 1000 A.D., a time for honoring the dead after Christianity spread to Celtic lands in the ninth century. The English celebrated Samhain with bonfires and masquerades, similar to Celtic traditions.

More of a tradition among the poorest of the people, a person who would visit the houses of wealthier families would receive pastries called soul cakes in exchange for promising to pray for the dead relatives of the homeowners. As time went on, the tradition was taken up by children, who would go from door to door, asking for food, money, and ale.

The Introduction of Candy Bars

Trick-or-treating began in the United States in the 1920s. The practice quickly caught on, and by the 1930s, it was a well-established Halloween tradition. One of the key reasons for its popularity was the introduction of candy bars. Before candy bars became widely available, children would go door to door begging for food. While this may seem like a harmless practice, it actually caused quite a bit of trouble. In some cases, children would beg for money instead of food. This often led to fights between kids and adults. Candy bars changed all that. They were affordable, easy to carry, and most importantly, they satisfied the sweet tooth that every child has!

Every Halloween, kids all over America put on their costumes and head out into the night to go trick-or-treating. How did this tradition start? Some say that it dates back to the ancient Celtic festival of Samhain. According to legend, on this night, the boundary between our world and the spirit world became blurred, and ghosts and otherworldly creatures roamed the earth. To placate these spirits, people would dress up in costumes and offer them food and drink.

As they did each year, on November 1st and 2nd, children from all over Ireland would dress up in costumes and go door-to-door asking for treats. The adults gave them apples, nuts, and coins as tokens of affection for their dead relatives who had just returned to earth. This Irish tradition of food offerings later crossed over into America, where it became associated with All Saint’s Day on November 1st. Eventually, people began dressing up and leaving offerings for other spirits like witches and goblins instead of saints.

This cross-cultural exchange led to Americans transforming All Saint’s Day into All Hallow’s Eve – now known as Halloween – an evening dedicated to ghouls, ghosts, and all things spooky.

In the early days of Halloween, people would dress up in costumes and go door to door begging for food. This was known as mumming and was popular in Britain and Ireland. As the tradition spread to America, people began to wear more elaborate costumes. By the 1920s, costumes had become an integral part of Halloween celebrations.

The popularity of costumes continued to rise, and in 1927, some stores started using it as an opportunity to market products. Stores began selling paper masks that were originally intended to be worn while trick-or-treating. In 1929, a factory opened up called J.C. Penney’s Fashions for All to make costumes that were sold in their stores and quickly became popular nationwide. The National Retail Dry Goods Association noticed how many people were purchasing costumes and brought them together with representatives from candy manufacturers in 1935, where they declared October 31st as National Children’s Day and sponsored it with radio shows, events, and news stories about safety on Halloween night.

Though the origins of trick-or-treating are unknown, the first known reference to the practice in North America comes from 1927, when a newspaper in Alberta, Canada, ran an article about a mother who was leaving candy in a dish for kids who came to her door on Halloween. The practice didn’t really take off until the 1930s when it became popular among poverty-stricken families during the Great Depression. In those days, children would often go door-to-door begging for food or money. If they were lucky, they might get a handout of candy. Thus, trick-or-treating became a way for families to make sure their kids got something sweet on Halloween.

During World War II, sugar was rationed in the United States. This meant that many Americans were unable to make traditional Halloween sweets. In order to still celebrate the holiday, they began to give out candy to children who came to their door on Halloween night. This tradition stuck, and now children all over America go trick or treating on Halloween night.

In the past decade, there have been several safety issues associated with trick-or-treating. In some cases, people have found razor blades and other sharp objects in candy bars. In other cases, children have been injured by cars while crossing the street to get to a house. As a result of these safety concerns, many communities now hold trunk-or-treat events. Children can trick-or-treat, by going trunk to decorated trunk, in a safe and well-lit parking lot.

Do you participate in Halloween activities? Do you let your children Trick-or-Treat? If so, how do you prepare for Halloween festivities with your children? Share how you feel in the Coven Cloud parent’s group.

Recommended Books About Trick or Treating

Trick or Treat: A History of Halloween