The Strange History Of The Basque Witches 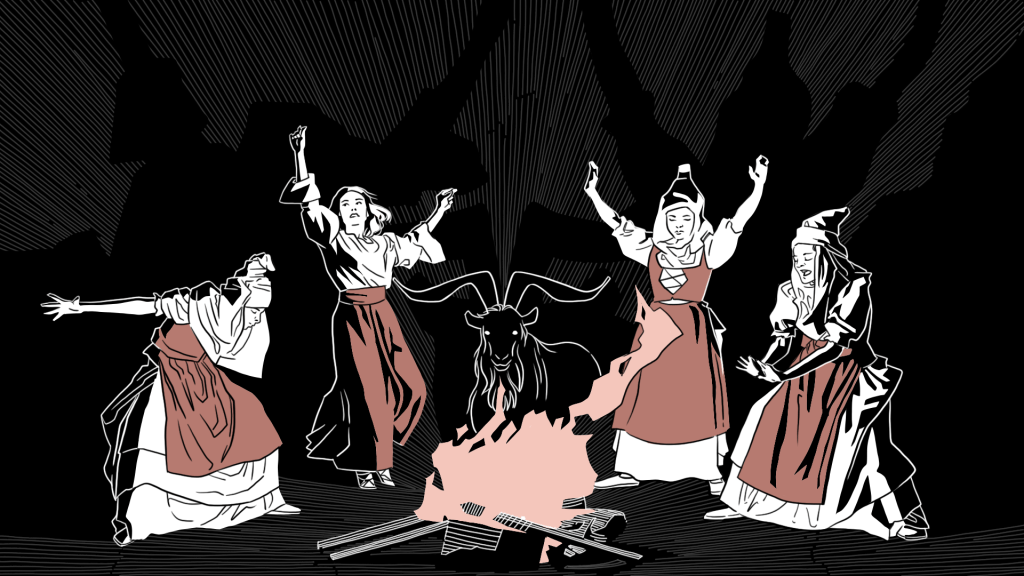 The Basque witches represent something of an anomaly within the larger history of European witchcraft, an issue many historians have never quite been able to resolve completely. As the only region of Europe to still practice paganism at the time of the witch trials, its possible that Basque witchcraft was misunderstood as Satanism by inquisitors unfamiliar with the regions history and culture. At the same time, though, many historians doubt that there were ever very many witches in the region at all, let alone special practices unique to Basque magic. Since I am apparently 1% Basque, I started researching their history.

Who Were The Basque Witches?
The small population that lived in a remote region of Northern Spain and Southern France is distinct from their larger neighbors. The Basques were illiterate at a time when most Europeans had learned to read and write, and they rarely went beyond basic trade skills, such as blacksmithing. This made them suspicious to many outsiders. In fact, many scholars theorize that their odd behavior led locals to associate them with witchcraft, thus further isolating them from mainstream society. As these theories suggest, its unclear how deeply involved witches were actually involved in Basque culture. Some historians claim theres no evidence linking these women to any magical practices whatsoeverbasically just rumors or out-and-out witch hunts. Still, others maintain there was a real connection between these women and witchcraft during those tumultuous times. Regardless of whether or not they wielded supernatural power, however, one thing is clear: Their persecution represents one of historys darkest moments.

How Did The Basque Witches Begin?
This unusual history began around 1000 AD, when Roman Catholic priests introduced Christianity to Spain. Prior to their arrival, Spain was heavily Pagan. The pre-Christian peoples of Spain practiced what is called Basque Witchcraft. The Pagan religion that flourished prior to 1000 AD was somewhat different from witchcraft as it is known today, but its practitioners were still thought of as witches by later scholars. It is important to note that today’s view of witches comes from a tradition originating in Germany during medieval times, which evolved into what are now referred to as Wicca or Neo-Pagan traditions. While there were not many sources available for information on Basque paganism, historians have been able to discern some information about it because of these close similarities with other pagan religions. These early pagans believed in a world populated by several kinds of spirits, both good and evil. They attempted to form close relationships with spirits they deemed benevolent and also tried to keep away from malevolent ones through ritual sacrifices and spells. In time, they developed an organized priesthood tasked with caring for these spirits and maintaining the temples where ceremonies were performed. In fact, all men over 18 years old could become part of such priesthoods regardless of background or wealth.

What Went Wrong?
The rise and fall of witchcraft in many ways mirrors that of Christianity itself. In a nutshell, witches started out as pagans who maintained a belief in a number of gods. Their polytheistic beliefs naturally led to a lot of superstition and fear in their society, which formed into what became known as witchcraft. Witchcraft took off after Christianity came along, since Christians were open to believing in similar conceptsonly they thought they could get them from Satan rather than from pagan gods. In other words, they took out all references to ‘gods,’ put references to ‘the devil’ in its place, and called it witchcraft. Pagan worshipers also tended to be suspicious of Christian ideas; they believed that if God was supposed to be so powerful, why did he need any human beings to carry out his work? Early writers like Martin Luther began documenting suspected cases of witchcraft (he said there were around 5000) throughout Germany. And with each successive pope during these times, magic was slowly framed more and more strictly until eventually Rome decided it had made enough headway fighting against witchcraft for now. Finally, when Pope Innocent VIII issued one final proclamation against sorcery in 1484 AD (two years before Columbus set sail), magic officially went mainstreamand then never left again until recently.

On Surviving Through Myths
There is no question that, t in their purest and most potent form, witches do exist. That is to say: They have always existed. As far as we know, human societies have yet to produce a society made up entirely of sorcerers and other sorts empowered by supernatural means. This does not mean, however, that magic does not and has not existed. It certainly did and continues to do so all over the world. There are many accounts from Europe about magic practiced by individuals who could be considered witches but these people did what they could with what little power they had been grantedthey worked within constraints imposed upon them from without and from within.