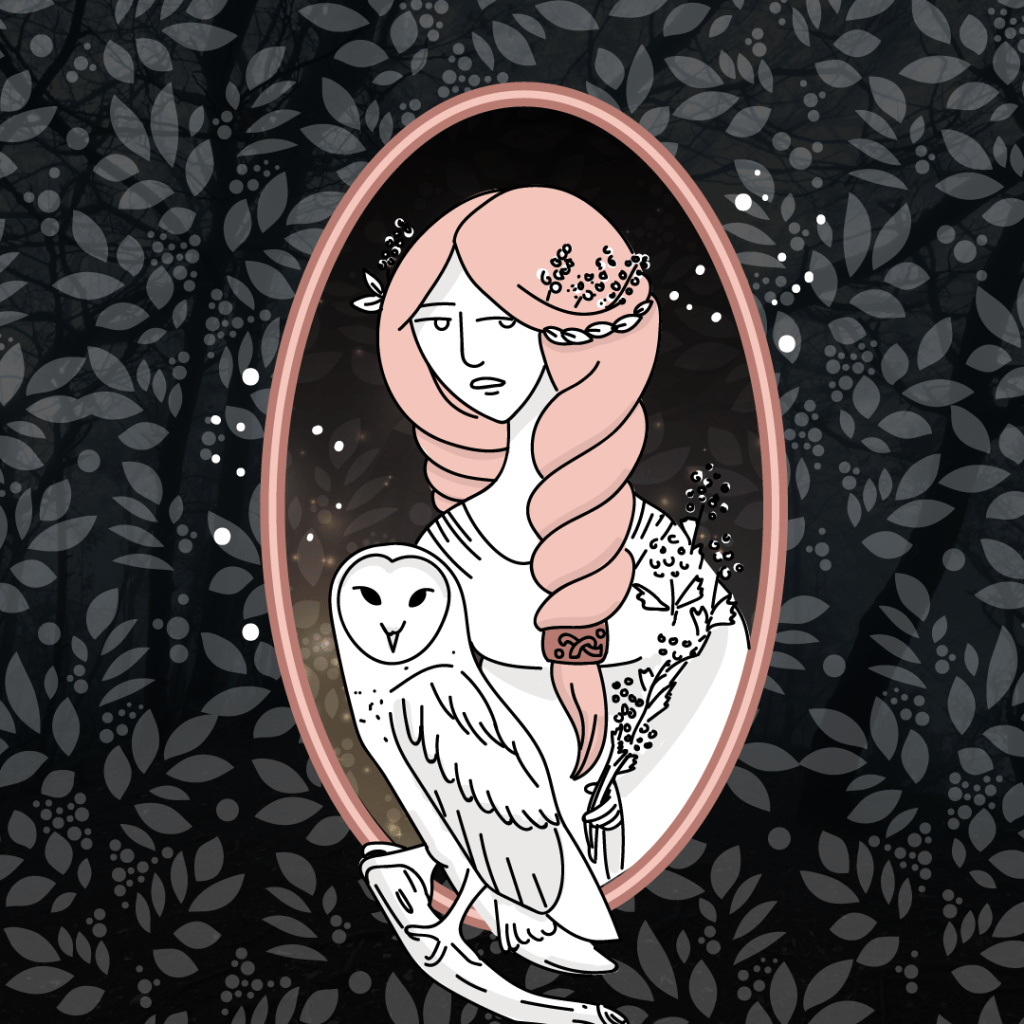 The Legend of Blodeewedd, Ninefold Goddess of the Western Isles of Paradise.

Blodeuwedd was the wife of Lleu Llaw Gyffes, one of the principal figures in Welsh mythology and literature. While she may have been modeled after goddesses from other cultures, there are few details about her life available in the stories told by the ancient Welsh people. Blodeuwedds story began when the wizard Gwydion created her as an exact copy of his sister Arianrhod, who had stolen another womans newborn child to raise herself as their mother.

Most versions of her tale are similar, but they differ slightly in specific details.

In one iteration, Blodeuwedd is created by two brothers, Gwydion and Gilfaethwy, for Math ap Mathonwy, Lord of Gwynedd. She was made from a broom, meadowsweet, and oak, given life by Gwydion (though some versions say it was Merlin), then tricked into marrying her cousin Gilfaethwy (or Lleu), who she had previously rejected.

The second version states that long ago, Blodeuwedd was made from flowers by two gods, Lleu and Gronw. The two brothers desired her, but she never loved them. Instead, she turned to another man for love. In revenge for her betrayal, Lleu and Gronw conspired against her, tricking her into asking them to build an enormous palace in a single day.

According to another interpretation of this legend, Blodeuwedd (or Blodwen) was created by Gwydion to be Lleus wife. By giving her a name and a purpose, Gwydion hoped to prevent his nephew from being killed by Gronw Pebr, an evil lord of Penllyn. He gave her life from flowers and clothed her in dazzling clothes so that she would be irresistible to Lleu. She was an ethereal goddess of spring, representing rebirth, renewal, life, and owls, symbolic of shapeshifting and wisdom. Lleu grew jealous of Gronw Pebr, another man who had married a woman named Blodeuwedd. He got his uncle, Gwydion, to create a wife for him out of flowers, but she turned out to loathe him. He took her hunting one day, and while he slept, she transformed into an owl and killed him.

No matter her origin story about the male figures in her journey, Blodeuwedd is a Goddess of emotions, representing the matrix that reforms transpersonal and universal energies into a well-defined life force and a legend that spans the generations.