When Someone You Love is a Witch 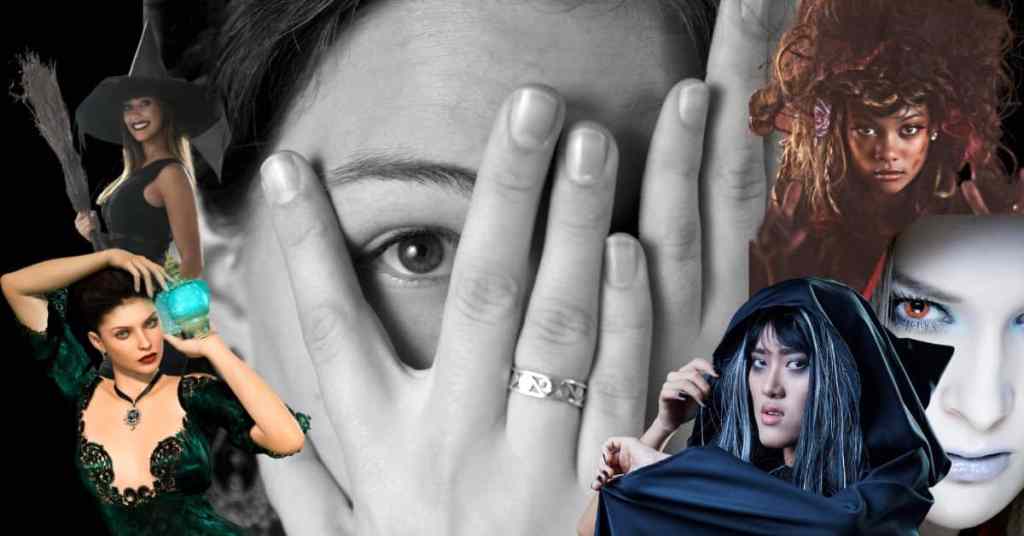 I “came out of the broom closet” publicly in 2018. Since then, I have had the most interesting and often offensive interactions with people when they find out I am a witch. Do you know how many people whisper the word “witch” when they ask me if I really am a witch? My response is, “You don’t have to whisper the word witch; it’s not a dirty word.”

But, is it? To many people, it is. And not because of the magick or the practices; it’s because 13 million women were kidnapped, tortured, drowned, hung, set on fire, and murdered in insidious ways by the church for being witches. This femicide has created a deep-seated fear of the word “witch.” How could it not? That word was a death sentence, and we carry that fear, that pain, and that grief deep in our DNA. So when you whisper “witch,” you very well may be subconsciously protecting me.

A few weekends ago, I did a pop-up Tarot booth in a local vintage shop downtown, and I watched people scurry past my table, avoid my eyes, shiver, shake their heads, shout “NOPE!” and tell me that I was doing the Devil’s work. Never mind that I am a human being with feelings. As soon as people know I am a witch, all bets are off. Suddenly my humanity no longer exists, and neither do manners. The only people who have ever had the audacity to shake their heads with mock concern but voices filled with superiority as they say that they will pray for me or they are worried about my eternal life have been religious, usually some sect of Christianity. Meanwhile, I have never told a Christian that I am worried for their soul or saddened by the life they are wasting hating people for having different beliefs, skin colors, social statuses, or orientations. I have, however, been known to point out the hypocrisy, which you’d be hard-pressed to find in me and the witches I surround myself with.

Then there are the people who sneer and passive-aggressively belittle me or try to poke holes in my practice. Whether they believe Tarot is from the Devil, or they simply don’t believe there is power in the cards, or they mock me and tell me how stupid I am. They laugh at my crystals and roll their eyes at my candles. Imagine that, someone walking up to you while you are doing your job, giving a massage, writing an article, delivering food to a table, or speaking with a client, and someone has the audacity to criticize and invalidate your work. It’s rude. And it only goes to show that witches aren’t the wicked ones.

These responses have inspired me to answer some questions for those who are worried about me and the rest of the witches and pagans out there. Pagan is another word that seems to be upsetting, so I’ll start there. The definition of pagan is: “A person holding religious beliefs other than those of the main world religions.” I don’t know about you, but that doesn’t sound so scary to me. Many pagan religions are the very same religions that the main world religions are based on today. Catholicism is a wonderful example. The catholic church used the original holidays from pagans and redressed them with their own “saints”. These used to be called feast days, and they were planned around the moon. Take Easter, for instance; the date changes every year because it is recognized on the first Sunday after the Paschal Full Moon, which is the first Full Moon after the vernal equinox. It used to be more of a fertility holiday, hence all the rabbits and eggs. So “pagan” is not a dirty word. You don’t have to cringe when you hear it. Just a person whose beliefs aren’t Hallmark holidays.

What is a Witch?

A witch, by the Oxford Language definition, is: “a woman thought to have magic powers, especially evil ones, popularly depicted as wearing a black cloak and pointed hat and flying on a broomstick.” For-F#cks-Sake you guys, no wonder you whisper the word. The damn dictionary tells you witches are evil. I would like to share with you my definition of a witch:

“A person who stands fully in their power and feels a deep connection to nature.”

Some witches don’t even know they are witches. Don’t tell my dad I said this, but I think he’s a witch. You should see him while he’s cooking; he uses herbs and produce from his garden, a beautiful garden that he nurtures with love and patience. He is intuitive about which herbs are required to make every mouth water. He bakes exquisite sourdough bread from a starter he created and travels all over to collect starters from other (witches) bakers because he knows that a starter made in Ojai will create a different taste than one made in San Francisco. You may just think he’s a great chef, but I know he is a kitchen witch and a green witch.

You may be a witch, too. Like Jenna in Waitress…come on, Bad Baby Pie? She was totally a witch who just didn’t know it. (Also…hate to break it to you, but Elsa is a witch too.)

Not all witches are talented chefs or gardeners; I am not. While I do have 40 house plants, I struggle to keep edible plants alive. I don’t love to cook. I’m not a bad cook; I just don’t really enjoy the process. Some witches are talented writers; we call them “Word Witches,” but you might call them journalists, bloggers, poets, or authors. Some witches are healers. Whether it’s intentional Reiki or they’re nurses, doctors, psychiatrists, or herbalists. Some witches have a way with animals, children, or domestic duties, and we may call them “Hearth Witches.” They find great joy in keeping a home, raising children, and nourishing their families. I suspect that many detectives are witches, the way they follow those gut hunches – their intuition.

As you can see, just about anyone can be, and possibly is, a witch. No religion is required, no prayers, no blood sacrifices, no naked moon dancing, no pentacles, no worshipping. This being said, yes, some witches are religious, and others have faith but shun religion. Wicca is considered a religion, but not every witch is Wiccan. I am not, and most of the witches I know are not.

Some of us have special rituals we have curated or rituals that have been passed down for generations. These rituals may or may not include moon water, wine, plants, incense, crystals, feathers, wands, candles, essential oils, statues, or even blood. Why would someone use blood in a ritual? I have used my period blood, which I consider to be sacred in ritual, by anointing myself with it and opening to deep feminine wisdom. I have also pricked my own finger and anointed a spelled candle when I work protective magick. Is blood required? Nope. I choose to include it when I intuitively feel called to. Wine is a wonderful alternative, thanks to the Christians who equate wine with blood, as though that Sunday ritual isn’t pagan AF.

Worship vs. “Work With”

Do witches worship gods other than “God”? Some of them, yes. It’s imperative that I note that “God” is a title, not a name. A lot of people are not aware of this. Ancient texts suggest that if we knew the true name of “God” or “Yeweh,” we would be able to control “it.” God is an “it,” not a he. In fact, in early versions, the Bible refers to God as “they,” which many believe speaks to creators (plural) that are masculine and feminine. Hence the creation of a man and a woman created in “our image.” Regarding pagan gods, some witches worship them, and others “work with” them. This is different. Many witches reject worship but are open to calling on different energies as needed. We understand that this doesn’t sit well with many people who believe that “God” is the one true god. Don’t worry; we aren’t trying to be rude or offensive, and we do recognize that your bible states that it’s not allowed to worship any god other than the Hebrew god. Interestingly that verse doesn’t suggest that other gods aren’t real. If you are feeling concerned, I recommend focusing on the ways your witchy friend lives their life, with the understanding that being saved is not related to being perfect or following all the rules to a tee. We see this many times throughout both testaments. Take solace in knowing that being saved is about whether you are a loving and kind person. Even if your friend doesn’t believe in Heaven and Hell. It’s quite possible they are doing good because it is good. Plenty of us make loving choices and don’t believe in the existence of Heaven. Although Karma may be a driving force.

Should You Be Concerned If Your Loved One is a Witch?

If someone calls themself a witch, you’re more than likely looking at someone who meditates, chooses peace, and protects the earth and human rights. Someone who uses plant medicine by drinking tea or using essential oils. Someone who uses the very same divination that the CIA has been using for decades. It is far more likely that your concern for your loved one is that you have been taught that witchcraft is denounced by the Bible, which I find odd considering all of the “witchcraft” in the bible. To this, I say, why would you limit God? If god created the heavens and the earth in intelligent design, then I’d say that God created astrology and all the crystals and herbs. Each of these has been used long before the Bible was written and throughout to this day. So why and how can you limit God by denying his creations? The truth is the Bible has been rewritten, altered, and changed in order to manipulate and control. Does this mean that your god doesn’t exist? I won’t say that. I don’t know. I am not here to discredit your beliefs. I just wonder if your concerns about your witchy friend are actually something to be worried about.

So, your loved one is a witch… maybe you are, too?

Justine Lieberman, or “JustineTheWitch” (she/her), is a practicing eclectic witch who specializes in shadow work and Tarot reading; she refers to herself as a “Tarotpist” and “Word Witch.” Her love for writing and passion for healing spiritual abuse has been the catalyst for her activism and her Craft.