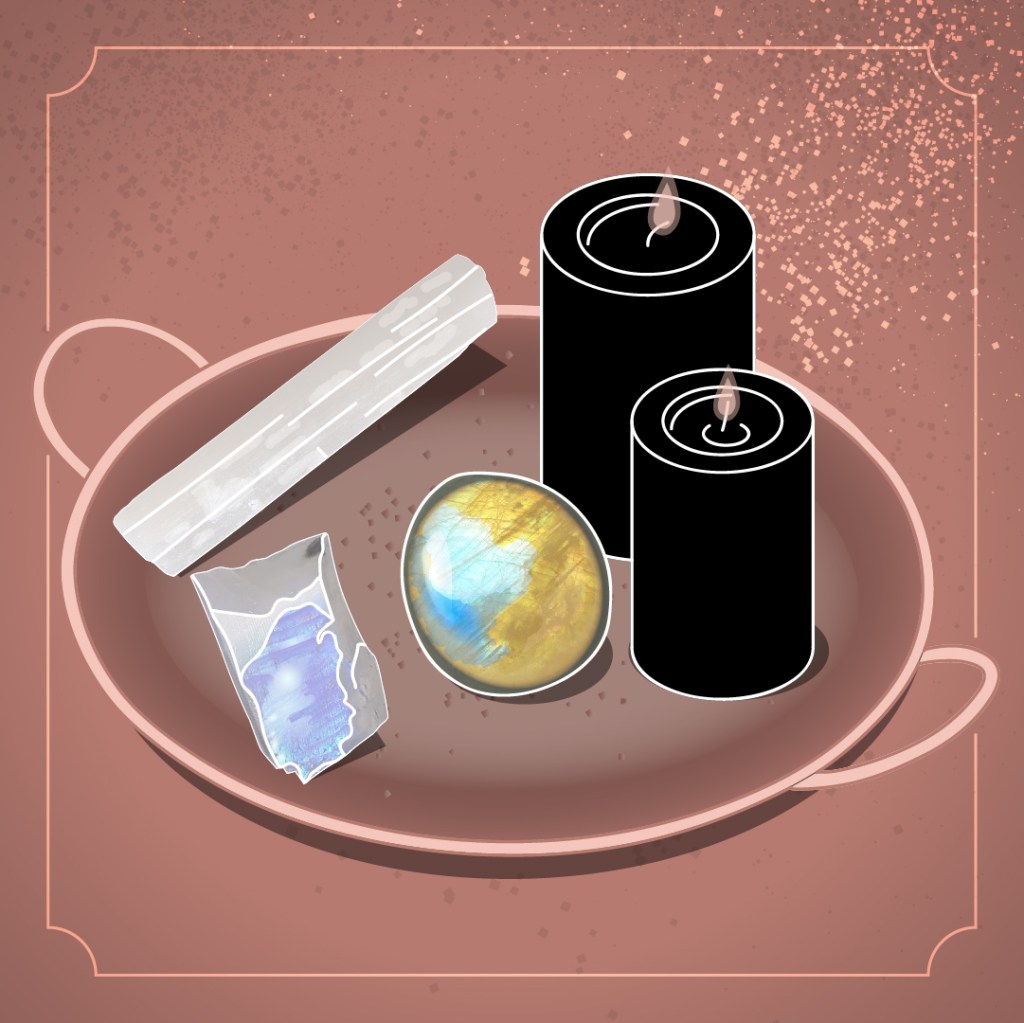 As we have previously seen crystal magic is an ancient practice and this is no different in the case of selenite.  It was, of course, named for the Greek moon goddess Selene (associated with Artemis or Minerva.)  It was used for many centuries as a very powerful talisman of healing. It was used by skilled energy workers to heal their charges. It was also used to keep evil spirits out of the sickroom.

Wearing jewelry with selenite can boost mental clarity as well as calming the mind and soul. Selenite has an extremely high vibration that makes the stone perfect for cleansing a sacred space and including in a bath. Selenite is also known to have a powerful force of positive energy and is used to recharge when youve had a bad day. Also having risen very high in popularity recently it is widely used still in energy work.

Much like selenite, moonstone is of course closely connected to moon goddesses in many mythologies. Intimately connected to the cycles of the moon, it is prominently featured in moon centric Wiccan covens. It is said to be more powerful during the Waxing moon but less so during the waxing moon and at its most powerful during the full moon. It was also used for divinatory rituals. Wands are also often constructed with a moonstone at the top.

Known to help with drawing a new love or helping lovers settle a quarrel, moonstone is immensely popular. Moonstone can be worn for restful sleep. It is also worn during gardening. Bury a small piece of moonstone in your garden while imagining bursting with life. Self- examination and wearing a charged moonstone with you to remember your dieting goals is another popular use. It can be used in divinatory work also. A quartz crystal is encircled by moonstones prior to scrying.

There are two Inuit myths as to how labradorite was formed.  One stated it simply fell from the Aurora borealis, but a more recent myth claimed that the Aurora borealis had been caught by the earth when it attempted to rise into the sky.  An Inuit warrior found it and cut it free keeping a piece for himself. The Red Paint People of Maine for thousands of years. It was worn by native practitioners and shamans.

Even today, labradorite is used by shamans, healers, and other spiritualists. It is also used for inspiration by artists and offers to promote clear communication. Its associations with spirit and knowledge are said to aid in mental acuity, relive anxiety and stress and treat ailments of the eyes and brain. Also, it is said to provide protection while the practitioner exploration of alternate consciousness. In doing so this they can experience visions of the past or future.