Get to Know the Celtic Goddess Eriu: Daughter of Delbáeth and Ernmas 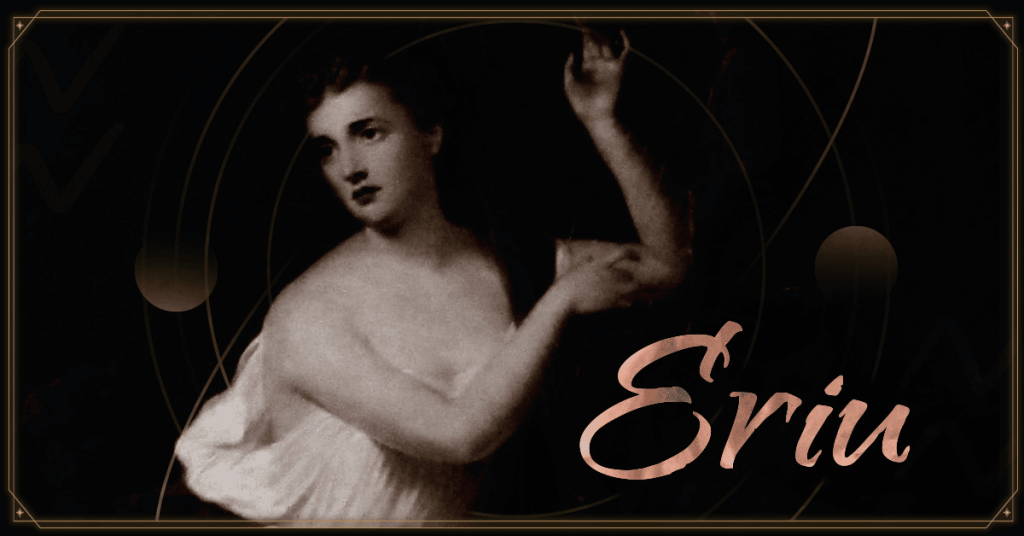 The Celtic goddess Eriu was known to be the eponymous matron goddess of Ireland, though she was also associated with the Isle of Man, which was known as the island of Eriu in pre-Christian times. Daughter of Delbáeth and Ernmas of the Tuatha Dé Danann, Eriu was also one of Ireland’s Three Graces, three beautiful goddesses who symbolized Ireland’s good fortune and prosperity in early Irish folklore. Read on to learn more about this fascinating Celtic goddess!

What Does Eriu Represent?

As the eponymous matron goddess of Ireland, Eriu represents a number of things. She is often associated with fertility, prosperity, and the land itself. In some stories, she is also said to be one of the three queens who brought the Tuatha De Danann to Ireland. No matter what she represents in any given story, however, Eriu is always a powerful goddess worth knowing about.

Who Is Eriu Associated With?

Eriu is most commonly associated with the Tuatha Dé Danann, as she is said to be their queen and the daughter of two of their most important gods, Delbáeth and Ernmas. She is also sometimes linked with the goddesses Fódla and Banba, who are also said to be her sisters.

Eriu is a goddess of plenty and fertility and a protector of the land. She is often invoked in rituals for these purposes and guidance in times of trouble or change. Her name means peace or nobility, which reflects her role as a peacemaker and mediator among her people.

Eriu is commonly associated with the harp, which is considered one of Ireland’s oldest musical instruments. The harp was a symbol of royalty and power, and it’s said that Eriu herself played the instrument beautifully. She’s also sometimes depicted with a green mantle or cloak, representing her role as a guardian of the land. Other symbols associated with Eriu include bees, cows, and oak trees.

The name ‘Eriu’ is thought to be derived from the Old Irish word for ‘fat’ or ‘abundant’, which is appropriate given her role as a fertility goddess. She is often depicted with a cow, another symbol of fertility, and her feast day falls on Imbolc, a festival marking the beginning of spring.

As a goddess of both land and sea, Eriu is also associated with bounty and plenty. In some stories, she is said to have created the island of Ireland with her sisters Banba and Fódla. Many legends state that although she ruled in an earlier time period, most gods chose Mórrígan as their ruler after they settled on Ireland’s soil. In some accounts, she was driven out by a druid named Goibniu, but in others, Nuada Airgetlám ousted her from power.

How to Connect with Eriu

If you’re interested in connecting with the Celtic goddess Eriu, you can do a few things. First, learn about her story and what she represents. Then, look for her symbols in nature – she is often associated with the color green and cows and trees. You can also connect with her through meditation or visualization, imagining yourself in the beautiful Irish landscape that she calls home. Finally, remember to give thanks to Eriu for all the blessings she has bestowed upon you.

Eriu: Powerful Irish Goddess And Sacred Uisneach Hill Where She And God Lugh Are Buried

Eriu:: A Great Goddess of the Feminine Trinity of Ancient Ireland

Do you work with Eriu? Tell us about your experiences.