La Catrina and the Day of the Dead 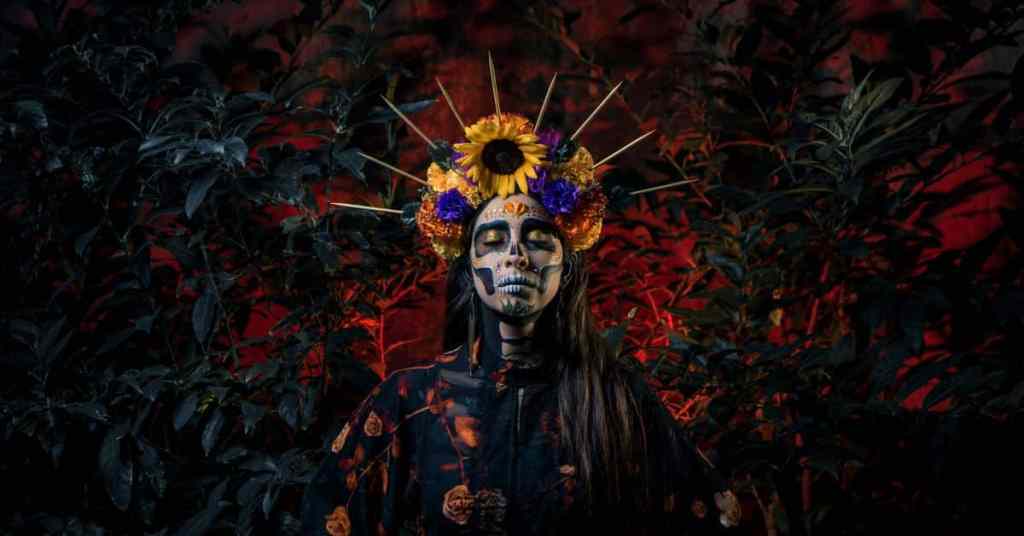 Some people mistakenly believe the annual Day of the Dead celebrations, or el Día de Los Muertos, is a Mexican Halloween. These celebrations have indigenous roots, an Aztec celebration of Mictecacihuatl’s return to the living world. She was a protector of the dead and the queen of the underworld. Although it is celebrated in Mexico, it is also celebrated across Latin America, the Philippines, Spain, Haiti, the United States, and many other countries. The Day of the Dead is a celebration among Mexican families. El Día de Los Muertos is a unique spiritual experience when families gather to pay tribute and remember family members and ancestors who have already transitioned. It is a joyful celebration of the life and influence of loved ones while being aware of how tightly we are all connected to each other. Although there are variations of symbols and traditions, depending on which region is celebrating, they all take place in the first few days of November. You can find sugar skulls, altars, skeletons, and streamers all across Mexico.

You may recognize one of the most common figures surrounding Day of the Dead as a tall lady skeleton decked out in feathers and a swanky hat, known as La Catrina. Even if you didn’t know her by name, you might have already seen her as a party decoration, someone in costume at a Halloween party, or, more recently from the 2017 CG movie release of “Coco”. Her evolution is deeply entwined with Mexico’s traditions. The La Catrina that we know today was not the original protector of the afterlife in Mexican folklore. Ancient Aztecs believed that Mictēcacihuātl (mitch-a-kas-a-wadel) was the queen ruler of their nine levels of the underworld. She was the guardian of the bones of the deceased as they traveled progressively through the layers, and she was always represented at ceremonies having to do with the death process. In ancient Mexico, death was not a somber event but rather a passage into another phase of the circle of life. Family and friends would leave gifts on altars they made to help them with their journey, and this is a tradition that continues today.

Historians give credit to José Guadalupe Posada, a Mexican illustrator born in 1852, as first starting the resemblance of La Catrina circa 1910. His satirical lithographs and engravings were frequently featured in Mexican papers. His work was supremely popular with the Mexican people at the time because he represented people, no matter their wealth, position, occupation, or status, by having skulls as faces. Everyone picked up on his universal theme that no matter where your journey in this life takes you – death will make sure that we are all equal. This tenet was embedded even further since cholera was a pandemic at the time. Nobody was immune from death’s touch during that terrible period, ensuring the popularity of his illustrations.

Posada designed the original sketch of La Calavera Catrina to poke fun at Europe’s high society obsession with Mexico’s corrupt leader at the time, Porfirio Diaz. His unscrupulous reign led to the Mexican Revolution in 1911. Mexicans started calling Posada’s illustration La Calavera Garbancera. Garbancera can be considered slang for a woman known for adapting European aesthetics over her Mexican heritage. This is why we see the feathers and fancy hats adorning La Catrina.

Immortalized In A Mural

The form of La Catrina that we recognize today sprouted from Frida Kahlo and Diego Rivera’s mural named “Dreams of a Sunday Afternoon in Alameda Park” in the 1940s. You can spot Diego Rivera in the front row as a child, holding hands with La Catrina. He styled her with European clothing, a feather boa, and a completely over-the-top hat.

After the mural reveal, La Catrina was widely recognizable. Women began dressing similarly and painting their faces to imitate her during their celebrations in the cemeteries. A party atmosphere would encircle everyone as their loved ones were remembered and honored with offerings of flowers, favorite dishes, and beverages.

One look at La Catrina and the differences are clear between how the Mexican people view the afterlife and how some of the Western world may view the afterlife. Mexican custom takes a more “celebration of life” approach to the process of death. Loved ones are missed equally, but the focus shifts to the celebration of memories made. So the next time you see La Catrina, may she remind you of the cycle of life and that we are all connected.

Day of The Dead: Who is La Catrina?