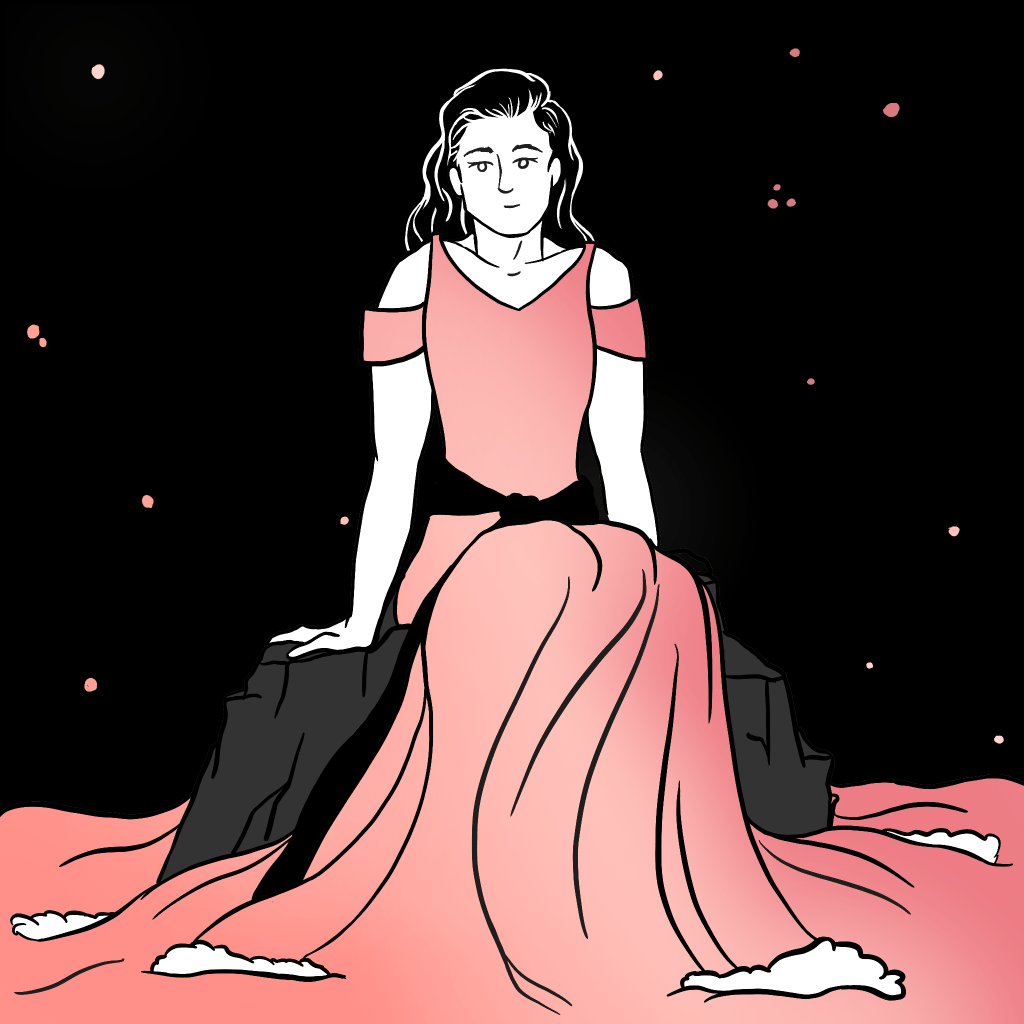 Meaning white cow, Boann or Boand, as she is often modernly referred to, is the Irish goddess of the River Boyne, a river waterway in Leinster, Ireland. She is the goddess of creative inspiration and courage, and is most often prayed to when seeking the enlightenment to go beyond the realms of physical comfort in order to attain higher knowledge.

According to the legends contained in the Lebor Gabla renn and Tin B Frach, she was the sister of Befind and daughter of Delbeth, son of Elada, of the Tuatha D Danann, and an aunt and creator to the mortal Frech. Her husband is variously named as Nechtan or Elcmar. With her lover the Dagda, she is the mother of Aengus. In order to hide their affair, the Dagda made the sun stand still for nine months; therefore, Aengus was conceived, gestated and born in one day; elsewhere, the Dagda kept hunger, thirst, and darkness from Elcmar during his journey, so that it only seemed to be a day for Elcmar. Boann named her only son Oengus, meaning one wish, because her one true desire was to be in perfect union with the Dagda.

In the legends of Tin B Frach regarding the mortal, Frech’s people tell him to go visit his mother’s sister Boand to receive the raiment of the Sdhe, a faery spirit-race within Irish mythology. Boand then gives Frech fifty intricately worked mantles and tunics with animal details, fifty jeweled spears that lit the night like the sun, fifty dark horses with gold bells, fifty swords with golden hilts, fifty swords with gold hilts, seven hounds in silver chains, seven trumpeters, three jesters, and three harpists, which Frech uses to dazzle Medb and Ailill.

Tragically, Boann had a lapdog, Dabilla, who was swept out to sea. Torn into pieces by the water, the two halves became the rocks known as Cnoc Dabilla, or Hill of Dabilla, in the River Boyne.

Modern-day Irish mythology experts and practitioners of Modern Paganistic discourse sometimes identify Boann with the goddess Brigid or believe Boann to be Brigid’s mother. However, there are no Celtic sources to substantiate this claim, although it is also speculated by some modern writers that, as the more well-known goddess, and later saint, the legends of numerous “minor” goddesses with similar associations may have over time been incorporated into the symbology, worship and tales of Brigid – meaning that she is a symbolic representative culmination of many of these minor goddesses.