Artemis & Apollo: The Twin Children of Leto and Zeus 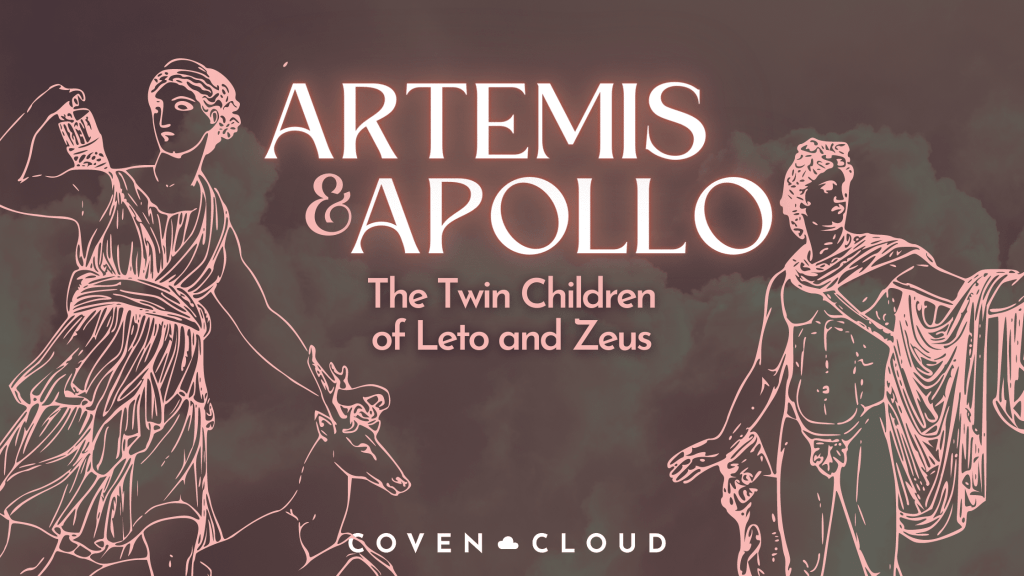 Leto had two children, the twin deities Artemis and Apollo. Their father Zeus, an Olympian, had many children with mortal women and the divine. Leto, a Titaness, was cursed and tormented by Hera. Zeus married his sister Hera so he wouldn’t have an heir. His children with Hera couldn’t take his power, and would never rule, as they were destined to be weaker. Hera felt that any son Zeus may have outside of their marriage was a threat to their son’s position. Zeus did not favor their son Ares. Hera didn’t appreciate that he favored sons he had with mortals, nor that Leto would have divine children with her husband.

Leto suffered due to Hera’s wrath and searched for a place to have Artemis and Apollo. The twins were born in Ortygia, as it was called in ancient times, later renamed Delos. In Cretan history, Artemis and Apollo were born in the uninhabited Paximadia islands off Crete’s southern coast. Artemis was born first, and she assisted her mother when she gave birth to her twin brother. Leto and her twins are known as protectors of children.

Artemis is the goddess of hunting, forests, the moon, protecting wild places and animals, and protecting women during pregnancy and childbirth. She is associated with fertility, music, and moonlight. She is an unmarried, virgin goddess. She is portrayed as a confident maiden, strong, reclusive and fierce. Artemis can bring disease if displeased. She may be depicted with a bow and arrow, the moon, a bear, or a stag.

Her brother, Apollo, is the god of the light and prophecy. He is associated with medicine, the sun, healing arts, archery, agriculture, ravens, culture, poetry, and music. He is a skilled marksman and plays a golden lyre. Apollo sometimes acts as an arbitrator in disputes between mortals. Apollo was often feared by the other gods in his pantheon. He killed the python at Delphi, Gaia’s giant serpent-dragon that protected the oracle. He is portrayed as attractive and virile.

Are you on a Hellenic path? Do you work with either of these deities? We would like to hear about your experience in the comments.

Megan Killion, or Vehemence, is an entrepreneurial baby witch, who’s spent the last 15 years kicking ass and taking names in the B2B tech world. Megan has felt the calling of magick since she was a small child and found comfort and healing in energy work. The deeper she explored the more she felt she had “finally found a spiritual home”. Navigating the complex world of witchcraft wasn’t easy and eventually, she felt driven to create a safe place for spiritual nomads. She is committed to making Coven Cloud a place where spiritualists of all backgrounds can feel safe, included, and supported.