10 Must-See Celestial Events For October, November And December Of 2021 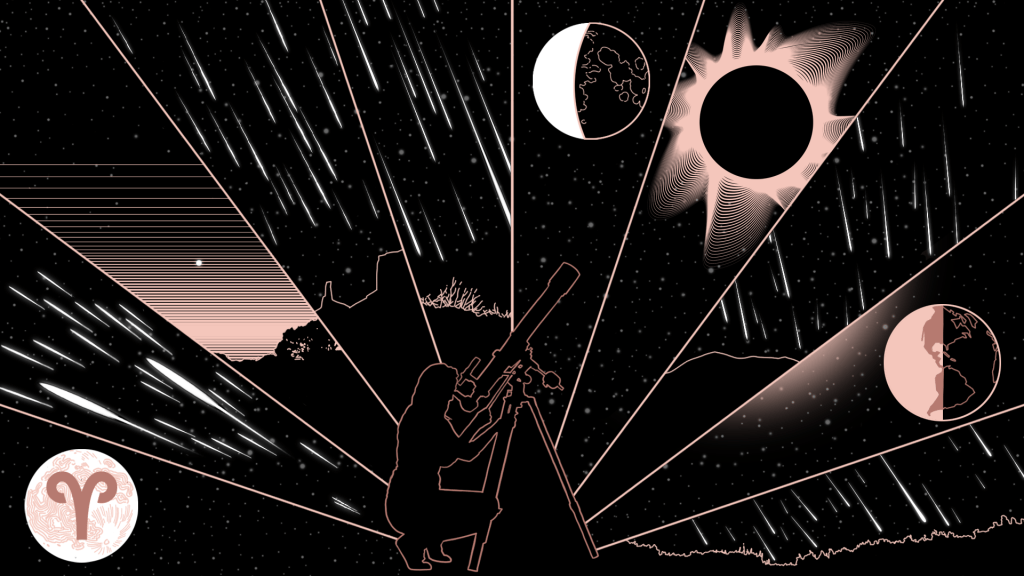 1) Full Moon in Aries on October 20th
The moon will be at its closest point to Earth on October 20th. On that night, it will appear about 14% bigger than a full moon looks from Earth. This is also known as a supermoon because it happens as our satellite reaches perigeeits closest distance to Earth during an orbit. The moon wont come any closer to us until 2034!

2) October 21, 22 – Orionids Meteor Shower
One of two meteor showers originating from Halleys Comet, which passes by Earth once every 76 years. The Orionids will be visible from October 2 to November 7 with a peak between October 21 – 22. At its peak, you can expect to see 20 – 25 meteors per hour.

3) Mercury at Greatest Western Elongation on October 25
Look to the western horizon before sunrise on October 25 to see Mercury reach its greatest elongation from our sun. For a period of a little over a day, Mercury will be visible low in our west-southwest sky for mid-northern latitudes at dawn. The planet should be easy to spot with binoculars or a telescope from about 45 minutes before sunrise until it sets just after 5:00 am local time. This is your last chance to catch an unobstructed view of Mercury in 2017.

5) November 17, 18 – Leonids Meteor Shower.
The Leonids Meteor Shower happens annually in November. In 2021, it peaks on 18th November. If youre in a location with clear skies that night, you might be able to see up to 10 meteors an hour! The Leonids meteor shower is caused by comet Tempel-Tuttle, which orbits around our Sun every 33 years. When it passes through Earths orbit, it leaves a trail of dust in its wake which burn up in our atmosphere when they hit it.

6) November 19 – Partial Lunar Eclipse
The moon will be partially eclipsed by Earths shadow, producing a dark ring around part of its surface. As seen from North America, Hawaii and Alaska, it will be visible in its entirety after sunset. Unfortunately most locations wont see it because they wont witness sunset at that time. Still great to watch online though! A Lunar Eclipse is a beautiful, yet rare phenomenon that you can witness with your own eyes. It happens when the Earth casts its shadow over the moon, which creates a dark image of the moon. The ancient Greeks believed that Lunar Eclipses were an omen of great change.

7) Total Solar Eclipse on December 4
This total solar eclipse will occur on December 4, 2021. A solar eclipse occurs when the Moon passes between Earth and the Sun, thereby totally or partly obscuring Earths view of our star we know it as a New Moon. There are many ancient legends about the effects of a total solar eclipse on the human body. While not everything is backed up by science, it’s always interesting to learn about people’s beliefs regarding the intense power of the solar eclipse.
In astrology, the light of the sun represents life and energy. The sun is most closely associated with the self, personality, and ego.

9) December Solstice on December 21
The North Pole tilts furthest away from the sun at 11:54 UTC, giving way to six weeks of increasing daylight. Sunrise occurs about an hour later each day until June 21. The sunset each day will get progressively longer until December 21 when it becomes nearly 22 hours long. At high latitudes in Canada and Alaska there are places where it doesnt get dark at all between nightfall on November 30th through to sunrise on January 6th.

10) December 21, 22 – Ursids Meteor Shower
The Ursids is a minor meteor shower producing about 5 to 10 meteors per hour. It is produced by dust grains left behind by comet Tuttle, which was discovered in 1790. The shower runs annually from December 1725. It peaks this year on the night of Dec. 21 and morning of Dec. 22. The first quarter moon will set shortly after midnight leaving dark skies for what should be an excellent show. Best viewing will be from a dark location after midnight.